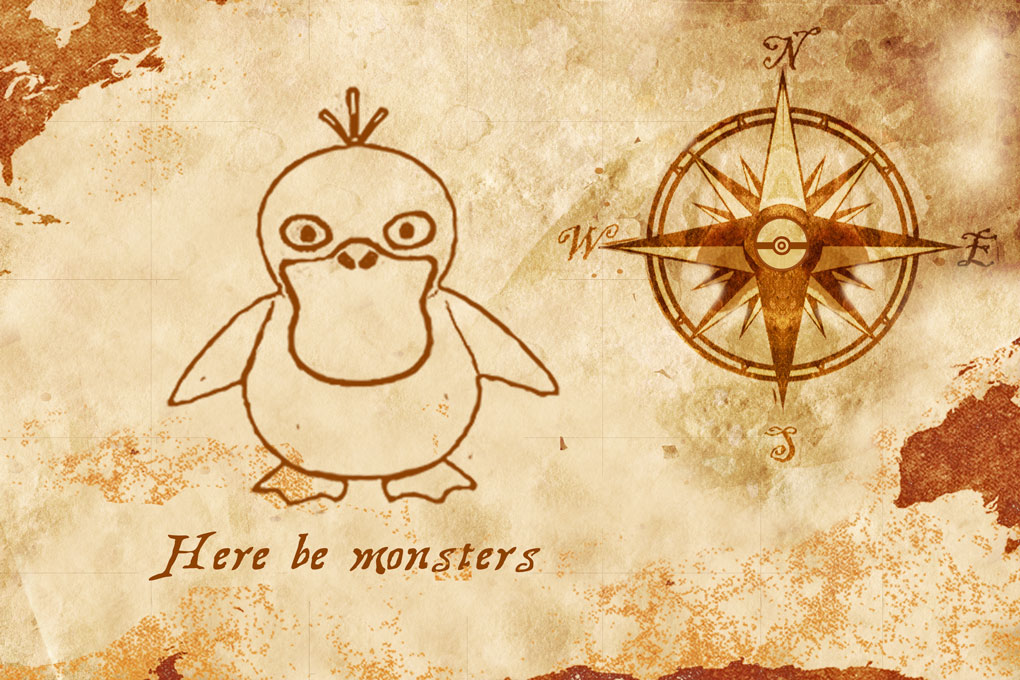 Augmented reality has been silently waiting in the wings while Virtual Reality has been busy tap dancing on the global media stage. AR has appeared to be a technological advancement loaded with potential that hadn’t quite found its niche and was too busy being overshadowed by its big brother VR, until the release of Pokémon Go.

For me, it started with a noticeable increase in the amount of ‘phone-zombies’ – people walking around the town with their eyes fixed firmly on their screens, or driving their cars and not even surreptitiously checking their phone, but there was something slightly different – their eyes darted back and forth as they compared their phone screen to the real world.

Next, from the window of our house, I began noticing various kids throughout the day walking back and forth at a point across the street from our house, eyes glued to the phone, hurried screen swipes and resulting scowls or fist pumps of joy, sometimes still in their dressing gown and loosely attached to reality as others bustled past. Somehow it seemed slightly reminiscent of Harry Potter trying to find platform  3/4, I guessed Pokémon Go had to be responsible, and, even if I hadn’t been endlessly prompted by my 8 year old son, the conclusion was that it had to be tried.

At that time in the media, Pokémon Go was already being hyped. It smashed the Apple download records in 13 hours, it hit 100 million downloads in the US, Nintendo shares rocketed by 86% in a week adding $15bn value to the company. Then the global headlines around Pokémon Go got weird and it seemed the more bizarre the story the better. Headlines involving robbings, stabbings, trespassing, deaths, the discovery of a dead body, a man catching a Pokémon while his wife gives birth, a mass brawl, and appeals by a holocaust museum and motorway authorities for people not to play the game there. It seems the gauntlet of life, death, and everything inbetween suddenly had catchable monsters involved, reality was now officially augmented.

The game uses global map data to overlay Pokémon and Pokéstops ‎(where you can gain supplies such as Pokéballs, which you use to trap monsters, and treats such as potions and Razz Berries which you can use to lure or calm the little wild critters) and GPS to determine your position, meaning the game is playable outside your house or on the other side of the planet. With the game open you can walk, or cycle, around and watch your character move around the mirror of the Pokéworld as well as clock up kilometres to hatch the eggs in your incubator and add more Pokémon to your collection. 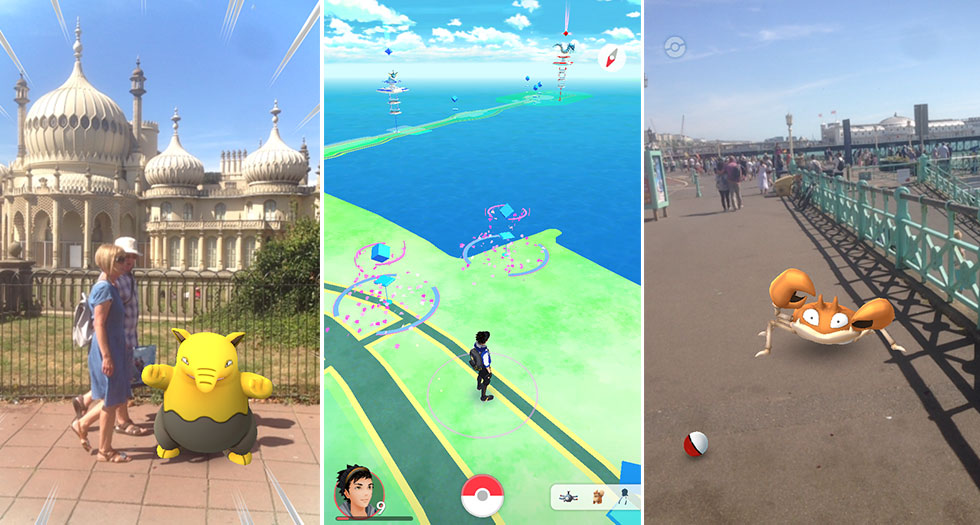 But Pokémon Go isn’t just about augmented reality, what it actually creates is a mixed or fictitious alternate reality. The AR element is used when you are catching Pokémon, it overlays a 2D render on whatever your camera is pointing at, and even then it is a feature you can switch on or off. Your familiar phone map becomes overlaid in hues of blues and greens with figments of someone else’s imagination appearing and Pokéstops seamlessly merge with landmarks as your brain bounces between the real and the hyper-real like a ping pong ball during a relentless rally. 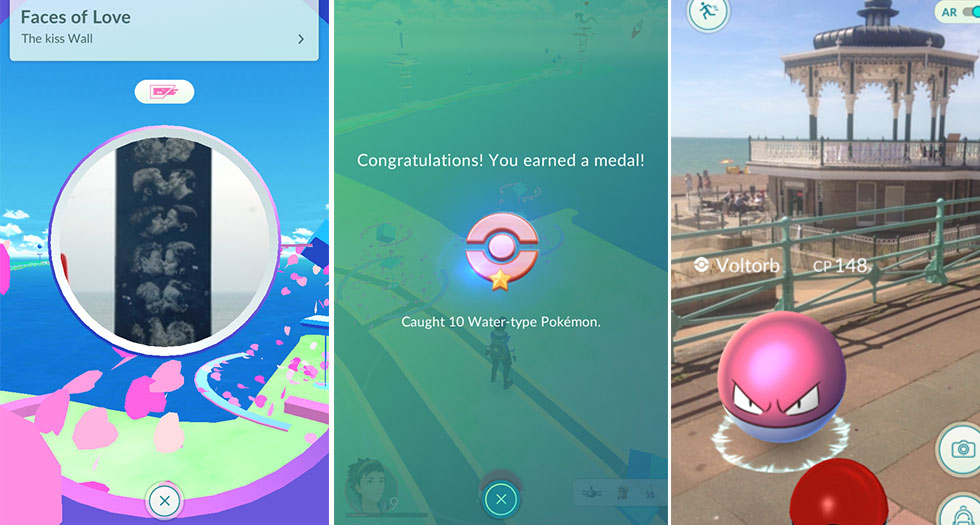 The gameplay is fun, slick and addictive, find a critter, fire a Pokéball and if you catch it then the monster is added to your collection. It is an app that shouts to be opened in every location, which is why a large percentage of active players return to the app daily. Something to be aware of is that the app must be open (not in the background) to play, meaning it can chew its way through a full battery charge in a couple of hours and consume about 15mb of data an hour if you are playing continuously (although Android users can make use of their proximity sensor and an app to try and prolong battery life). 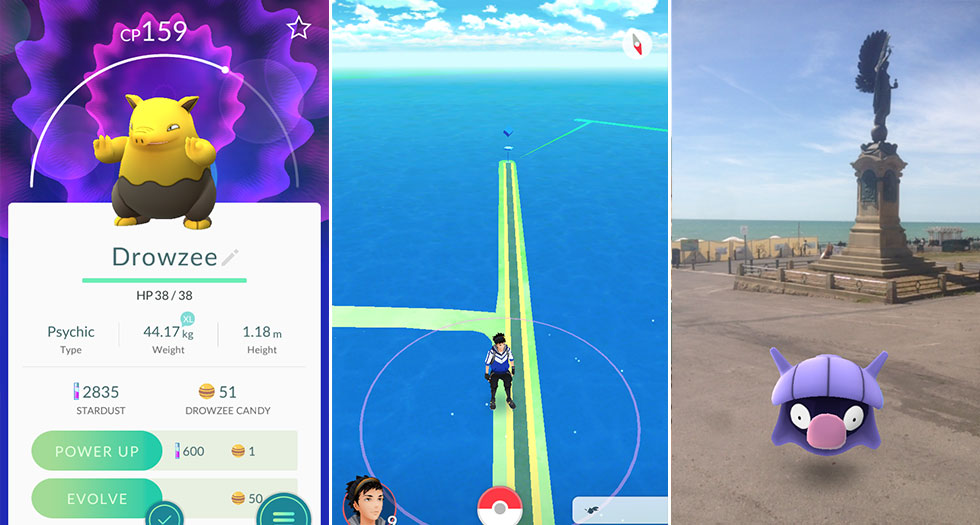 But Pokémon Go is also about much more than just catching the Pokémon, you can evolve them from the basic model you catch, trade them, as with the original card based game, and then train your Pokémon and fight other teams at Pokégyms. There are plenty of online Pokémon Go guides with a full walkthrough of how to get started and the finer nuances of becoming an expert, and other apps such as Pokévision, PokéAlert and Poké radar that show sightings on a map to help you hunt are appearing but are also being shut down as quickly as they appear as game creator Niantic plays app whack-a-mole.

As with most items that become a news property the initial wow headlines and subsequent whacky headlines inevitably give way to the harbinger of doom headlines. Headlines shouted that the ‘fad’ is already over and that Nintendo are losing users at a rapid rate, while existing users are playing less and for shorter periods of time. It seems this is more to do with the parabolic curve of a news item than the actual game.

The reality is that Pokémon Go, which has reportedly already made $440m in less than two months, is only really just getting started. Sure, a large number of people will try the free to play app off the back of the hype and only skim the surface before tuning out. But for others, there is longtail gameplay with the original elements of Pokémon dusted off and given an intensely clever new platform. With such a huge user base – it is estimated that 12% of smartphone users in the US have installed the app – it will continue to go from strength to strength, and those committed are the ones more likely to lay out money for in-app purchases. Now it is other venues such as museums and shops that are thinking about how they can capitalise on the brand loyalty and popularity that Pokémon Go and Pokéstops are commanding, and for the game makers there are a whole slew of sponsorship and commercial opportunities that are as yet untapped.

To place it in perspective, a report by SensorTower shows that Pokémon Go has outperformed a slew of blockbuster films including Warcraft, Independence Day 2, Ghostbusters during a similar period, reflecting the fact that a new form of entertainment has arrived. Pokémon Go hasn’t just cracked open the door to a world of augmented and mixed reality gaming, it has given it a solid kick with a metal ringed bootheel.