Are you a maker, inventor, artist, scientist, engineer, designer, hacker, or student who wants to share their latest creation or maker project? The call for entries for the Brighton Mini Maker Faire at the Brighton Dome on 5th September 2015 is now open.

Some makers get involved to share their passion for traditional craft or their latest invention, others see it as a chance to test the waters with new products and have launched ventures such as 3Dify, MakerClub, Young Inventors’ Centre, Stone Turners and the Crafty Robot.

This year’s Brighton Mini Maker Faire, which is part of the Brighton Digital Festival, is returning for its fifth consecutive year. The celebration of arts, crafts, science and technology has appealed to people from all walks of life and ages, particularly families with children. Visitors spend on average 4 hours at the event, soaking up the magic and getting hands-on.

Andrew Sleigh, co-founder of the Brighton Mini Maker Faire, said: “I never cease to be amazed by the ambition and passion of our makers. Each year there’s something bolder and more creative than the last.”

This year we are pleased to welcome community review giant Yelp as gold sponsor and are grateful to our founder sponsors Maplin, Bare Conductive and O’Reilly, for their help in launching Brighton Mini Maker Faire 2015.

Applicants are asked to describe the nature of their project or workshop and how they would like to exhibit or share it with visitors here:

All applicants will be contacted in July.

The event is organised by a team of volunteers, so if you are interested in getting involved in the run up to and/or during the event, please get in touch here: www.makerfairebrighton.com/volunteer 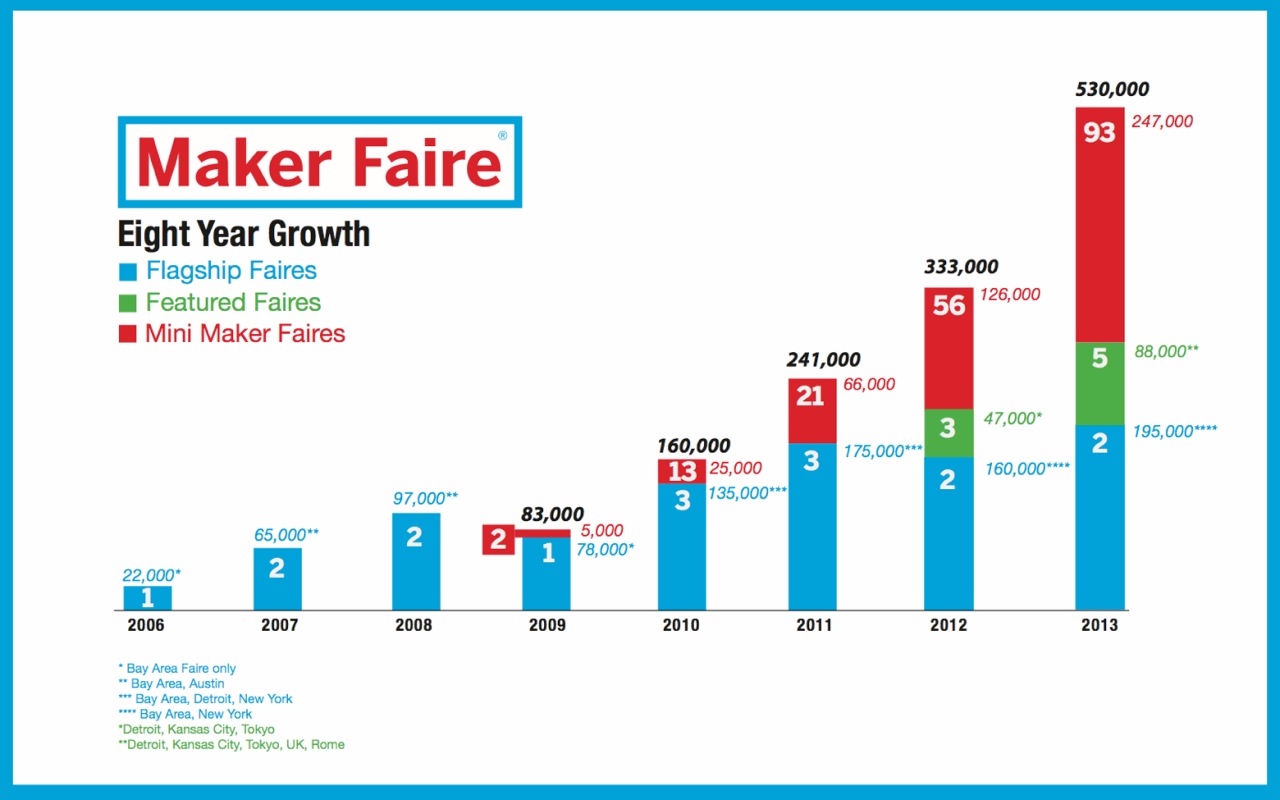 Maker Faire is the Greatest Show (and Tell) on Earth—a family-friendly showcase of invention, creativity and resourcefulness, that celebrates the Maker movement.

Makers range from tech enthusiasts to crafters, educators, tinkerers, hobbyists, engineers, artists, science clubs, students, authors and commercial exhibitors. They are of all ages and backgrounds. The Maker Faire mission is to entertain, inform, connect and inspire.

Further information can be found at www.makerfairebrighton.com

For more information about the call to makers, the actual event, images, and interviews please contact Kati Byrne, 07984185838, kati.byrne@developingdreams.com