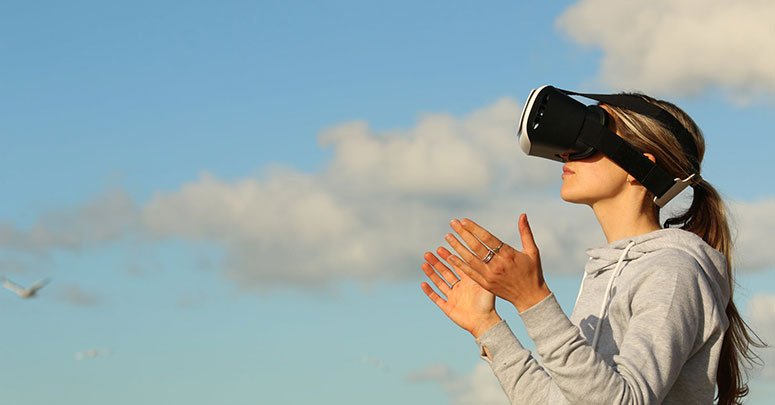 Due to the continual state of digital flux in which we live, the nature of communication is constantly evolving and changing the way we consume information and interact.

It is a digital jungle out there, but we like to dream big and we’re seeing some interesting developments in the worlds of creative media, marketing and AR and VR.

What is surprising is that the mainstream uptake on these technologies is still relatively slow. In fact, in a recent search through local digital agencies, the top ten (according to Google) touted a large number of services expressed through the same expected keywords, but AR and VR didn’t get a mention.

So what exactly is AR?

AR or Augmented Reality is all about taking digital content and overlaying it on the real world through the use of a device such as your mobile phone or tablet or dedicated glasses such as the Microsoft Hololens. You may have also heard of it as mixed reality. The content can be 2D such as annotations or 3D such as models, animations, or captured real world objects. It is a fusion of the real and the unreal, or imagined, but its purpose is to add another level of content to an existing environment.

And what is VR?

Virtual Reality relies on total immersion. You don a headset and literally enter another world of sight and sound. It is being used for gaming, learning, immersive documentary, events, product display, digitising artefacts and digital arts experiences. Best known ‘goggles’ include Oculus Rift, HTC Vive, Samsung Gear VR, Google Daydream, and Google cardboard. This is a good rundown of the latest VR headsets on offer.

How can it help companies?

Both technologies are still in the early adopters phase but big and small companies are already exploring the boundaries and creating completely new experiences in retail, training, gaming, and on the web. With a new toolset in the multi-media armoury comes a completely new set of opportunities for branding, product display, and experiential content that can be accessible to anyone with a mobile phone or headset.

With new in-browser advances for VR, and the proliferation of affordable consumer technology such as VR headsets and established AR platforms for mobile, we believe it is time for creative digital agencies to step up and adopt these technologies to help their clients develop their dreams in new and innovative ways.

What better time than now?

The Gartner Hype cycle, which is one of the most reliable looks at the state of digital trends, has AR exiting the trough of disillusionment (the place where dreams and media hype are not matched by technological reality), and VR on the slope of enlightenment and climbing toward the plateau of productivity. The introduction of Apple’s ARKit and Google’s ARCore are now providing solid platforms for AR developers.

The interesting thing is that the technology for much of this is already in place, most of us carry around a device in our pocket that is fully capable of AR and VR (with the simple addition of a cheap box such as Google Cardboard). 3D can now run incredibly effectively in your browser directly on your computer’s GPU (graphics processing unit). As high end consumer hardware becomes more affordable and powerful it allows these technologies to become accessible to home computer users.

The virtual space is a new and exciting area that offers experiences that can’t be created outside the virtual world, it is a space for creatives, for experimentation, and increasingly for companies looking for a new and memorable experiences.

We’re already working on a project to create digital sculptures for AR and VR and 3D print. Now we’re teaming up with artists, cutting edge developers, and 3D experts in order to create new and exciting offerings in the digital content world.

Watch this space… and get in touch!

How AR/VR Analytics May Help Your Business

How Reality Technology is Used in Business

The best VR and AR from Sundance 2018